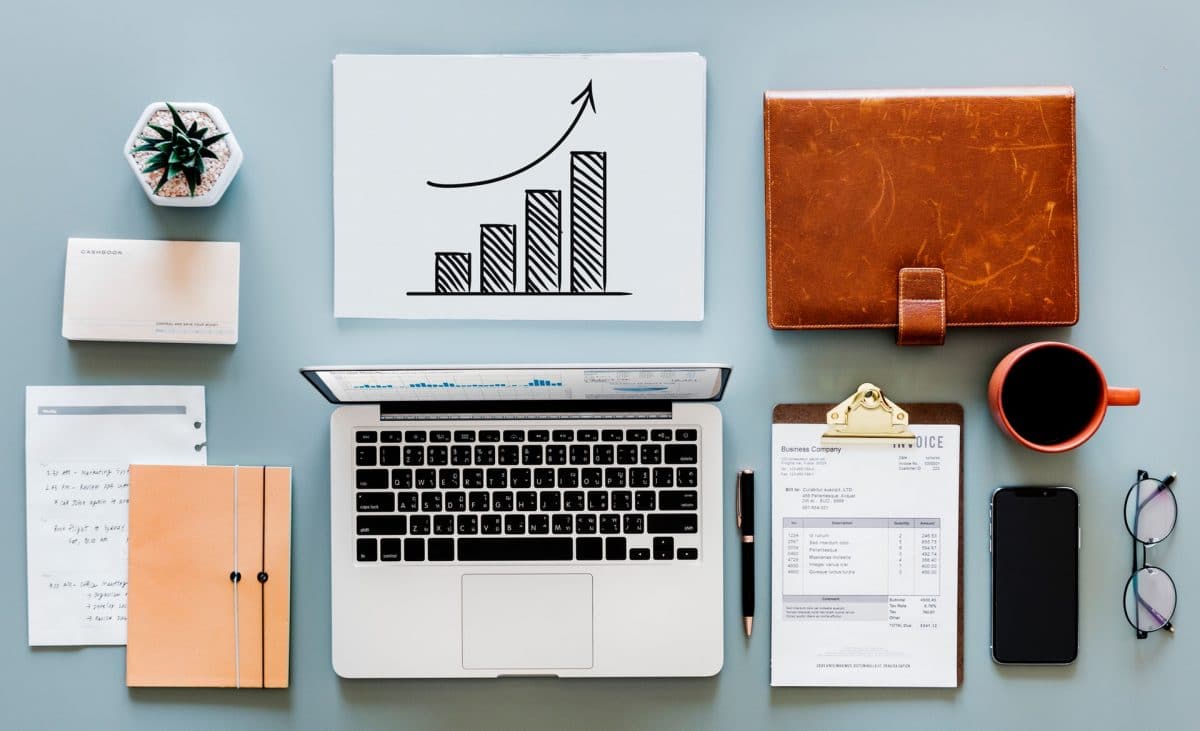 Social Media 2019: Figures and Benchmarks for Your Marketing

How well am I doing in comparison with others? A lot of times, you should avoid asking yourself this question. In Social Media Marketing however, it makes sense to evaluate yourself continuously. After all, the answer to this question provides valuable insights into where you are at with your company.
But how good is good on Facebook, Instagram, or Twitter? We have put together current Social Media benchmarks and Marketing figures, to help you gain perspective on your situation.

Which key figures are truly significant?

Relevant key figures are the basis of every analysis and comparison in Social Media Marketing. Among other numbers, your follower count is highly important – but a large number of followers is only useful if you manage to keep them active and engaged over a long period of time. This is where the Engagement Rate or Interaction Rate comes into play. For your content planning, the Publication Rate (posts per week or per day, respectively) is most informative.

Apart from the Social Media Engagement Rate, there are a number of other interesting KPIs, from Post Reach all the way to Conversion Rate. In order to keep this blog post clear and concise, we have focused on a small number of key factors.

We tell you more about the most important Social Media key figures and KPIs for a thorough analysis in our blog post “25 Social Media Key Figures You Must Know by 2019”.

Despite all their scandals in recent history, Facebook still plays a major part in every Social Media Strategy. This is illustrated by the following numbers:

The Publication Rate on Facebook differs significantly by industry. In the beginning of 2019, Rival IQ compared the average posts-per-day rate among 12 different industries and arrived at the following conclusions.

If you don’t happen to have a media company, you are perfectly in line by aiming at 1 post per day, the average Publication Rate. However, a recent study on the 20.000 most successful brands on Facebook has shown that they are increasing their number of posts continuously. By now, the number is up to more than 4 posts per day on average. Naturally, the Interaction Rate per post decreases at the same time. The overall Interaction Rate still increases though, provided you don’t overwhelm your community.

So, what’s the right frequency? Recommendations vary between 1-2 times and 5 times a day. Your community’s sweet spot in terms of frequency can only be determined by trying out different intervals.

Overall, no matter what interval you are going for, quality over quantity is still the name of the game. Try to post less often, but ensure that all of your posts are of high quality and value to your community, in order to engage them successfully.

A large follower count and impressive Publication Rate count only for little, if nobody reacts to your posts. This is why the so-called Engagement Rate, or Interaction Rate, is one of the most important key figures in Social Media Marketing analyses. You can calculate it by dividing the average number of interactions per post by the number of your followers.

Here too, Rival IQ’s results for Facebook are very clear:

In times of shrinking organic reach, paid ads have been gaining traction and quickly become a set part of every successful Facebook Marketing strategy. In this context, knowing what a good Click-Through Rate is, is key. Wordstream answers this question as follows:

The average Conversion Rate per industry looks as follows:

Instagram has been more than just the rising star among social networks for a while now, but it still distinguishes itself by its rapid growth. Just last year, Instagram reached a user count of more than 1 billion and this trend remains unchanged. The country with the most users is the US, with 120 million people using Instagram every month by January 2019. All in all, almost two thirds of Instagram users are women.

Don’t feel disappointed if your company doesn’t have more than 50.000 followers on Instagram right now. Only 8 percent of users can claim this number of followers. On the flip side, 70 percent of Instagram users have less than 1.000 followers. Above all, quality is still more important than quantity.

Instagram differs from Facebook regarding the Publication Rates across industries. According to Rival IQ, the rate difference lies between 0.4 and 1.7 posts per day. However, there is also a number of – primarily large – companies that post 10 or more times per day.

Currently, a benchmark of 1.5 posts per day is the accepted standard that smaller companies can adhere to. As on Facebook, every individual company has their own ideal frequency. More important still than the sheer number of posts is a consistent Publication Rate, because this is what the audience gets used to. Consequently, it’s only smart to post 5 times a day if you can keep up this frequency over a long period of time.

The following chart illustrates the fact that a higher Posting Rate does not automatically lead to more interaction. It also shows differences across various industries. Additionally, as several other studies, it suggests that Instagram is superior to Facebook in terms of interaction.

The following graphic by Socialbakers shows how many interactions are considered “a lot” in the USA.

However, in order to interpret these numbers correctly, it is key to consider the number of followers.

Hashtags play a quintessential role on Instagram. How useful they are, and for whom, has been disputed. Some studies recommend using about 9 hashtags per post, in order to boost interaction. A brand-new Quintly study, however, arrives at a different conclusion. According to their new findings, for accounts with 1.000 up to 10 million followers it’s best to not use hashtags at all. Only smaller and larger profiles truly profit from using hashtags.

A study by AdStage gives informative insights into the average performance of Instagram Ads across various industries in Quarter 4, 2018. The study shows an overall CTR of 0.62%.

As a true original among the big Social Media platforms, Twitter follows its own rules, starting with the fact that only a fraction of active users actually tweet themselves. In quarter 3, 2018, Twitter had 326 million active users per month, 67 million of which were from the US.
Since Twitter is especially popular among opinion leaders, the platform is worth being taken into consideration for your Social Media Marketing strategy.

When taking a look at the Rival IQ results for Twitter, it becomes evident that the average Post Rate is less than one Tweet per day, across most industries. A notable exception is the media industry, with more than 10 Tweets being the norm.

Will you be rewarded with more interaction if you post more? Not on Twitter, according to Rival IQ.

Numbers such as more than 1500 Likes and Retweets per Tweet on average are primarily indicators of the high Interaction Rates of a small number of exceptionally popular accounts and their large follower base.

Twitter sans Hashtags is hardly imaginable. Limiting yourself to 1 hashtag per post however, is ideal for encouraging optimal results.

Analysis is easy with the right tools

Benchmarks and Social Media stats such as the ones shown in this blog post offer a great starting point for gaining an overview quickly. However, in order to analyse your performance in-depth, it is key to compare yourself to your competitors and keep the geographical context in mind as well. Tools for competitor analysis don’t just filter for the most important key figures. They also help you in learning from others’ failures and successes.

Swat.io keeps you in the know about what is being said about you and your competitors in Social Media. Request a free demo now and discover new ways of doing Analyses, Content Creation, and Social Customer Service. 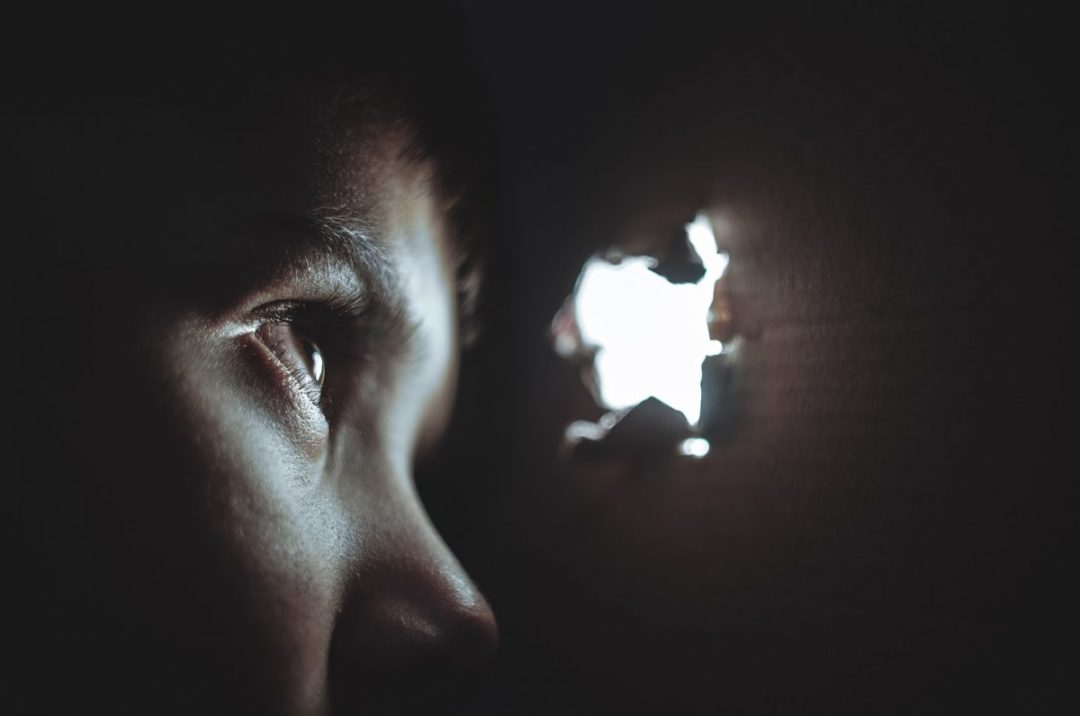 Competitor Analysis: How to Spy on Facebook Ads from Your Business Rivals

If you want to be a successful player in your market, you need to know what your competition is up to. This holds true for their Facebook ad campaigns too, considering that paid ads grow in importance steadily. It only seems natural to learn from others’ accomplishments and mistakes and draw inspiration from them for your own campaigns.

What’s the catch, you ask? Well, you will only get to see your competitors’ ads in your newsfeed if your profile matches their targeting. Luckily, you don’t have to count on this chance, since there are other options for spying out there. In this blog post, we introduce 12 opportunities for analyzing your competitors’ Facebook ads.