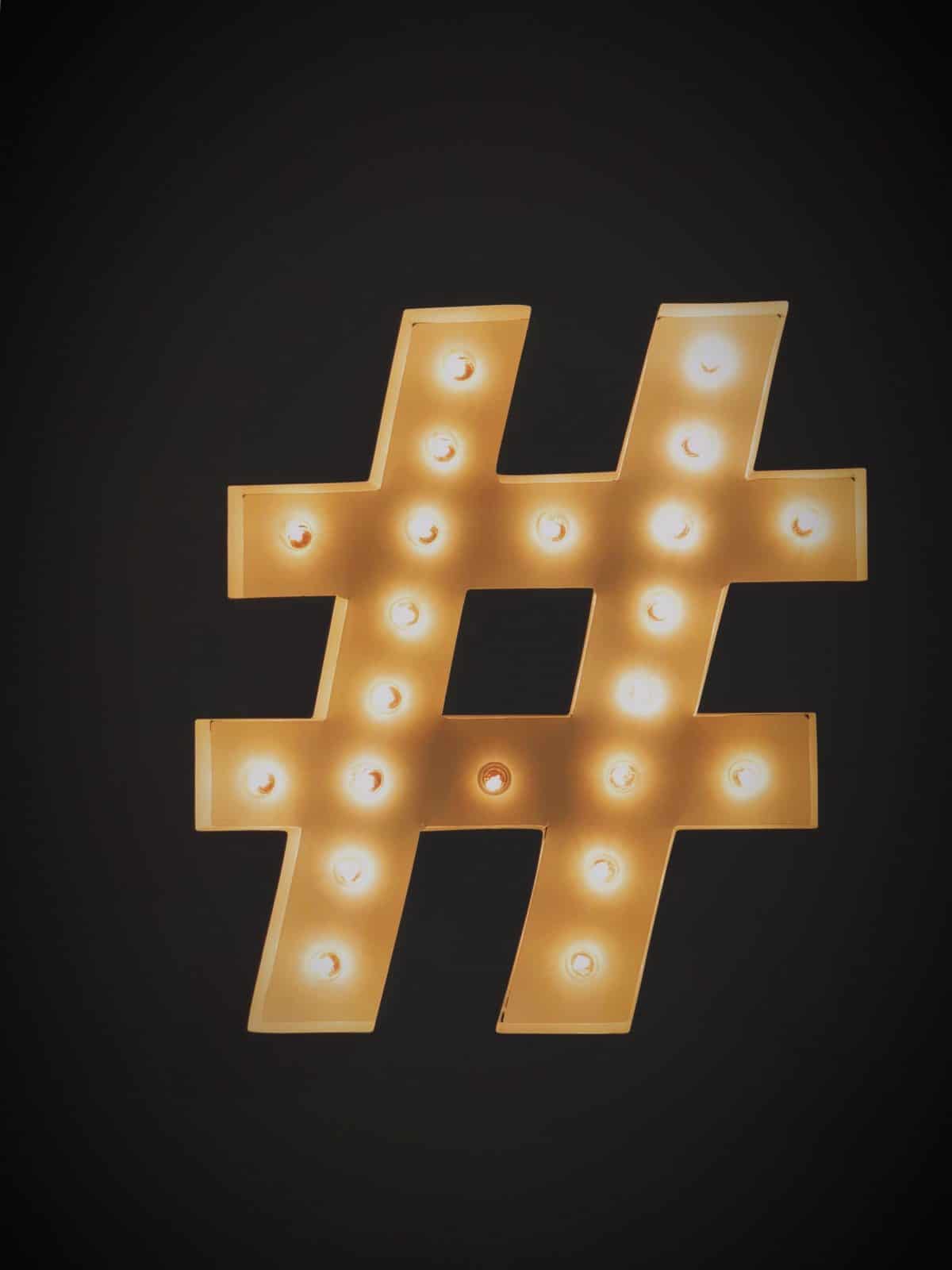 Boost Your Business With Hashtags: The Ultimate Guide 2019

The role that hashtags play in Social Media is being underestimated quite frequently. However, in 2019 too, the popular combination of numbers, letters, and the # symbol are much more than just a pastime for bored Instagram and Twitter users. Put to good use, they allow for your content to be found, and further your interaction with your target group – two fundamental necessities in successful Social Media Marketing.

In this blog post, we focus on the role that hashtags play on various social media platforms. Additionally, we share with you some tips on how to find relevant hashtags and use them in a way that lets them reach their full potential for you.

The term “hashtag” is a compound of “hash”, the word for the # sign, and “tag”, as in the popular children’s game. The grouping of the # symbol with other letters and numbers was first introduced on Twitter in 2007, following a proposal by internet activist Chris Messina. Nowadays, hashtags are prominently featured not just on Twitter, but also on Instagram. Additionally, they are available on Pinterest and Facebook, as well as on YouTube, in a slightly different form.

How exactly they work, and which functions they fulfill, differs from platform to platform. There is one thing though that they share across platforms: They are used to tag posts in order to group them thematically. Users can find posts related to a particular topic by searching for corresponding hashtags and increase their own posts’ visibility by hashtagging them correctly.

When we talk about hashtags in Social Media, we usually center our conversations around Twitter or everyone’s new favorite, Instagram. However, in recent years, hashtags have become relevant on other platforms as well, which is why it’s useful to consider their role in various social networks.

Instagram seems to be on a winning streak. By now, the platform has one billion active users per month, and counting. Hashtags are an extremely important part of Instagram.

Here are the key factors for hashtags on Instagram:

With a bit over 300 million active users per month, Twitter falls far behind Instagram. However, it should be noted that statistics have shown that a lot more people visit the platform than actually tweet, or even just log in. In the US, Twitter is more popular than in German-speaking countries, which is not just illustrated by how much it is used by certain particularly enthusiastic tweeting politicians. Especially since Twitter enjoys considerable popularity among opinion leaders and multipliers, Twitter is useful for European companies too.

Considering that Twitter is the birthplace of hashtags, it’s hard to imagine the platform without them. Much of what applies to hashtags on Instagram is true for hashtags on Twitter, too. A considerable difference lies in the number of hashtags. While more of them may increase your success on Instagram, on Twitter it is advisable to stick to the motto “less is more”.

For quite some time now, hashtags have also been used on Facebook. However, in contrast with Instagram, they haven’t really taken off yet on Facebook. Experts disagree on whether it makes sense to use them at all. They do agree on the fact that you should definitely not overuse them: after all, there are studies suggesting that interaction decreases when the number of hashtags grows.

It is curious, but on Pinterest, hashtags are a rather new thing. How they can be used on other platforms is also how they can be used on Pinterest. Integrate relevant hashtags with the descriptions of your pins in order to make them detectable more easily. You should, however, note that Pinterest displays search results in chronological order when a user clicks on a hashtag. Therefore, it is of little value to add hashtags to older posts later on.

Did you know that Pinterest is 33% more effective than Facebook in bringing users to your online shop? Used in the right way, it is a gold mine for Social Media Marketing. In our blog post ““Pinterest Marketing 101: Everything Companies Need to Know”” you learn, how to have a successful start into the world of pinning.

To avoid any confusion: there are no hashtags with a pound sign on YouTube. However, there are tags without a hash, and those are highly important for your videos’ findability. If you want to maximize the number of users who will find your videos, be sure to use fitting tags.

These last paragraphs show clearly that hashtags are primarily used on Instagram and Twitter right now. Therefore, we concentrate on those two platforms in our Hashtag Guide.

Advantages of using the right hashtags in Social Media Marketing

Before getting into the nitty-gritty of how to make use of hashtags, we are discussing the one key question: Which advantages do hashtags have, and why is it so important to use them?

As a matter of fact, there are several reasons why Social Media Managers should learn about hashtags:

In addition, hashtags have advantages across platforms. For instance, this is true if you want to make events accessible from computers or smartphones by means of a Social Media Wall, or if you are running cross-media campaigns. In these cases however, what is true for Instagram and Twitter, still holds true here as well: Only the right hashtags will deliver on their promise. On the flip side, badly chosen hashtags can even have negative effects on your visibility and interaction rate.

Hashtags only make sense in combination with the right content. Learn about how to plan, create, and publish content in our e-book “The Art of Social Media Content Creation”. Download it now for free!

Tips on how to use hashtags

Just jumping into tagging head first is not a good idea. Instead, consider these tips on how to get the most out of hashtags.

The right amount of hashtags

What’s the right number? The answer to this question depends on the platform:

Whether more or less hashtags are ultimately better is actually rather hard to determine. Don’t get too worked up about the varying recommendations, because there are also cases of companies that are more successful with 8 or 12 hashtags than with 9. Your “lucky number” can only be found out by trial-and-error.

Especially on Instagram, you might be tempted to make use of many popular hashtags in order to increase your reach. However, if your content and the chosen hashtags don’t go well together, this tactic can definitely backfire. Users might be annoyed and click on “Don’t Show for This Hashtag” In case this happens too often, your content could even stop showing up for this hashtag all together.

Additionally, you want to attract not just anyone to your profile, but people who are part of your target group, and above all real people, not bots. That will only work if you use hashtags relevant to your target group.

Popular hashtags and niche terms – why you should be using both

Essentially, there are two tactics for choosing hashtags:

Which tactic works best? Ideally, you use a combination of both. In practice, this means that you should make use of both popular hashtags, in order to reach the maximum number of people, as well as specific ones, in order to reach your target group. Keep away from hashtags that are “too popular”, and stay up to date on hashtags that Instagram censors. Oftentimes, the platform restricts benign words such as #brain, #easter, or #publicrelations for a certain amount of time, if they have been reported as inappropriate by the community.

“Brand Hashtags” or “Branded Hashtags” are a special form of hashtag that is meant to be used for a longer period of time than Campaign Hashtags. Ideally, they significantly benefit the brand image. Brand hashtags come in various forms:

Nike’s #justdoit is a an example of a great brand hashtag. Coca Cola’s #shareacoke on the other hand is an example of an outstanding campaign hashtag. It is key to decide on hashtags with a high recognition value, and avoid the possibilities of someone else recreating them, or your hashtags being confused with those of other brands. Usually, simply choosing #companyname will likely not lead to success, because it can only be found by users who already know your company.

Keep it short and sweet and avoid misunderstandings

Brevity is the soul of wit, and even more so of memorability. And your hashtag’s recall value is crucial for its’ success. Therefore, be sure to avoid long and elaborate chains of words, no matter if you feel the result is especially creative and entertaining. Additionally, pay attention to whether there are possible misunderstandings to be made by combining words. There are numerous examples out there of awkward ambiguities.

It goes without saying, but in practice, when writing a hashtag, a letter can get lost easily. As a result, the hashtag then doesn’t serve its purpose anymore. Also stay away from hashtags that are comprised of only capital letters – this can easily come off as aggressive. Emojis on the other hand can look creative and catchy.

How to find great hashtags

In order to boost your content with relevant hashtags, you have the following options:

On Twitter, you can find a list of “Trends for you” right at the top of your profile page. The mobile version displays a total of 20 trends, the desktop version 10. They are based on your location, as well as who you follow on Twitter. In order to efficiently find popular hashtags that fit your content and target group, it can be useful to employ tools such as Hashtagify.

Tips for your search across platforms

In addition to platform-specific search functions, there are possibilities to find hashtags which work on different platforms:

However, keep in mind that the world of Social Media is fast-paced. This is also true for hashtags.

Hashtags are even more important for smaller businesses than bigger ones

When taking a look at hashtags on platforms such as Instagram, it is evident that there are some companies that apparently pay less attention than others to using hashtags. Big companies such as AirBnB abstain from using hashtags at all from time to time. That’s not a reason to take that route too, though.

Sure, big players who are already extremely well-known may be able to afford to be a little sloppy here and there. However, this is not true for small and medium-sized businesses, which should definitely consider using hashtags consistently. By not using hashtags, you run the risk of having your content simply drown among the plethora of other posts your users see when they log on to their Twitter or Instagram. 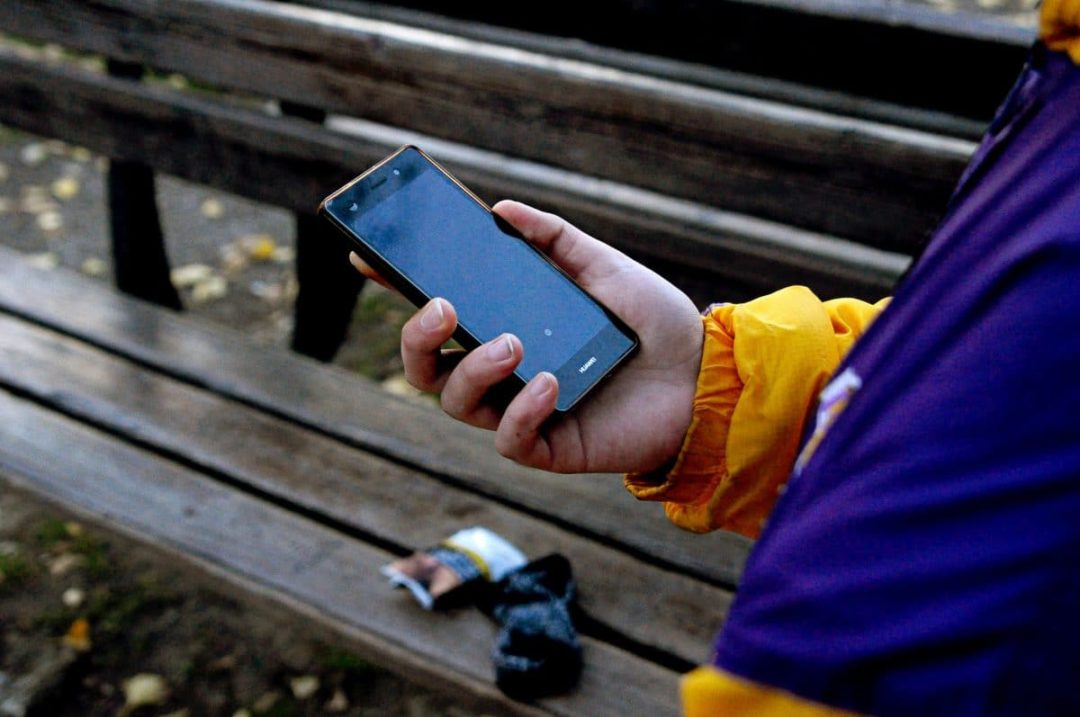 AMP Stories, the new content format within Google’s AMP framework, is now available for free to everyone who’s curious. Keeping […]