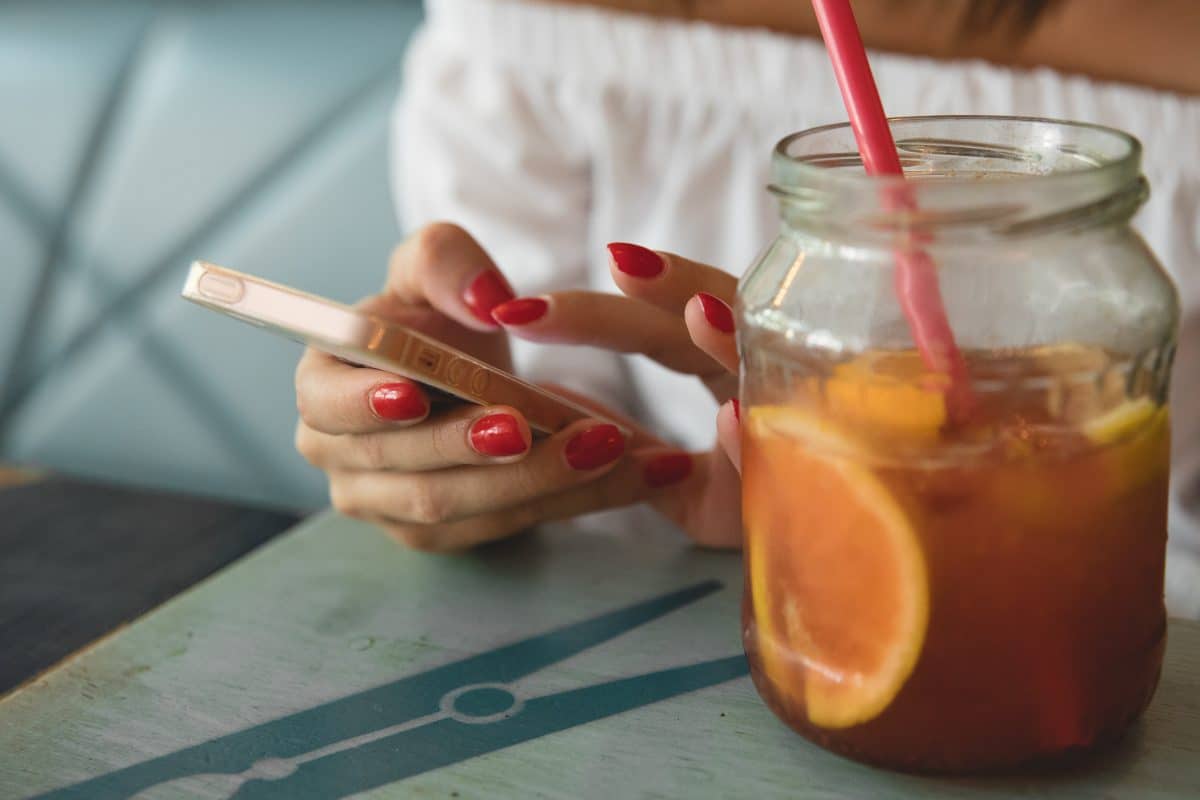 The Ultimate Style Guide for Messaging with Your Customers

Which apps do you use the most? If you’re like most of us, the answer will be clear: messenger apps. Messaging has disrupted our private communication and it’s about to change B2B communication as well. But there’s one catch: businesses aren’t used to this new way of communicating with their customers. It’s not email, it’s not phone, it’s not chat – it’s somewhere in between.

A few early adopters are already rocking messaging support, like the Royal Dutch Airlines KLM or Canadian telecommunication company Rogers. When you’ve booked a flight with KLM, you get the option to manage it from inside Facebook Messenger. Similarly, many online shops offer the option to track your order status via Messenger.

When you look at the numbers, it’s not surprising that businesses are eager to take this path. Facebook Messenger alone records 1.2 billion monthly users that businesses can connect to in the easiest way. And their customers are loving the convenience messenger support offers. If a question pops up, they don’t have to search for contact details – they just send it via their favorite messaging app, and get notified when the answer is there. In fact, 2 out of 3 customers prefer this way of communicating with businesses over the traditional contact channels.

But to master the game of messenger support and avoid it turning into a customer service fiasco, you need to know how to play by its rules. Here’s our guide to nail every messenger interaction with your customers.

When your customers reach out to you via their messenger app, the experience itself should feel familiar to them. Concerning wording, that means: if you wouldn’t say it in a real conversation, don’t say it in the messenger either. Would you use words like, “nevertheless“, “we conversed“, and “thus” when chatting with a friend? Or rather tell the story with their everyday synonyms, “still“, “we talked“, “so“?

Use short and simple sentences and don’t dress your words in seemingly impressive words. The same goes for jargon. Cut all vocabulary or technical jargon which might be unknown outside of your social circle. While this should be a golden rule for all customer service, it’s crucial for messenger support since a conversational tone determines the nature of these apps which customers have come to expect from their private use.

Don’t use technical jargon when messaging with your customers.

Other than in phone support, where it would be considered rude to interrupt the other person while speaking, messaging develops its full potential when it’s just like an effortless conversation. Don’t send overly long paragraphs explaining all steps in one message. Better break it up in smaller chunks and hit the send button after every thought. That way, your customer can interfere directly when she doesn’t understand something.

Too often, customer support is given in a tired, unemotional way, and with all the buzz about AI, your customers might wonder if they’re talking to a real person or a chatbot. While using emoji in email communication might hurt your professional reputation, messenger apps allow for a more colorful approach. Emoji can help avoid the uncanny valley and are powerful weapons against the negativity bias, our tendency to interpret ambiguous information in a negative way.

They serve as non-verbal cues for communication via messenger apps, generate fellow feeling, make you sound more friendly, and are a pleasant way to lighten up the interaction. Most messenger apps offer a wide variety of emoji, but it’s best to stick to the simple yellow-faced emoji and avoid those with a higher risk of misinterpretation.

Mimic your customer’s social behavior by searching her incoming message for cues whether a more upbeat, informal tone is acceptable. One emoji at the beginning of the interaction is usually a good way to test this and set a positive tone.

Use emoji to make your customer feel welcome.

Though it should feel like you’re customer is chatting with a friend, it is still a business encounter. And there’s but a small difference between being perceived as a ‘friendly and capable’ professional or an overly emojinal weirdo. So put a cap on your emoji. Only use them once in every few sentences and make sure that every emoji has a clear purpose.

But don’t overdo it. Use them in moderation, one per sentence is plenty, and only when you really want to stress something. Using several exclamation and question marks will weaken your message rather than enforce it.

Using too many exclamation marks makes you look unprofessional.

As said before, written language misses means for transmitting tone and emotion. But it would be wrong to assume that you couldn’t communicate these in writing. If a part of the sentence is written in bold or italic letters, for example, you know you’re supposed to stress that word. While this sort of formatting can be convenient in customer communication, capitalized sentences should always be avoided. Capitalization stands for shouting, so unless you want your customers to think you’re angry at them or commanding, don’t send messages THAT READ LIKE THIS.

To say it in Elon Musk’s words: “Acronyms Seriously Suck.” The rules that hold true for other communication channels are also valid for messaging. Check if the acronyms your team uses help or hurt your communication and whether everyone knows what they stand for. If they’re unknown to members outside of your group, drop ‘em.

So don’t get carried away, thinking that you could use the LOL’s, LMK, and BRB’s in messenger support because it’s common practice in private usage of messenger apps. These have no place in professional communication. You are not chatting with one of your mates, but engaging in a conversation, with a (potential) customer who deserves your respect and full attention. Excessive use of abbreviations makes you come off lazy and disrespectful. “Y r u l8?” sacrifices your partner’s reading comfort for your typing speed.

But acronyms aren’t all bad. Even Elon would agree that it is fine to use abbreviations that you would also use in any other written form, such as ‘e.g.’, ‘i.e.’, or ‘OK’. These are well-known, make your message more conversational, and won’t leave your customers wondering what you were trying to express.

As mentioned before, our mind has the tendency to interpret ambiguous messages in a negative way. You might have encountered that feeling when deciphering a mere “OK” your crush sent you into the worst possible scenario, “He hates me.”

This so-called negativity bias is especially prevalent in written communication because of its lack of implicitness. Due to the lack of visual feedback the speaker could start doubting whether the other side is still listening. To prevent your customer from questioning what you’re doing, it’s good to be as transparent as possible.

One way to prevent this is to fill your listening with verbal nods, those tiny utterances you make when listening to someone else speaking. In a real-life conversation, the listening side is never really quiet. In fact, the best listeners use confirmation signals to indicate that they are still following you. In a messenger conversation, however, you are deprived of the option to signal this with your body language. Indicate your listening by dropping the occasional, “I see”, “yes”, “right”, and “OK”. This will confirm your conversation partner that you’re on the same track.

Make use of signaling phrases, like, “let me ask you a question”, or “concerning your second point” to guide your customer through the conversation. The same goes for when you don’t know an answer directly. Indicate what you’re doing. If you need to think about something or check with your colleagues, say that instead of letting the other person wonder what’s happening.

Using a chatbot for handling your support requests? These robotic support reps can be handy, especially for simple tasks, like collecting first information or answering frequently asked questions. Keep in mind that in customer service, authenticity is key. Don’t turn your chatbot into a con-artist. It should be clear at first sight that it’s a chatbot and not a real person they’re talking to.

The best way to ensure that is to give it a clearly robotic name and avatar. Wording can also help, for example, by having the bot point out its limited capabilities. That way, you make sure your customers will have the right expectations of your service.

Don’t leave your customers wondering if they’re talking to a chatbot or a real person.

Messenger apps are a modern way of communication, and the majority who use it prefer writing in a colloquial manner. However, it’s not only street-smart millennials using messenger support. Age is a good indicator whether people prefer a more formal form of communication, but other factors and personal preferences also play a role. Best is to adapt to the level of formality your conversation partner implies.

Messenger support is similar to live chat support in many ways as it’s a more informal, fast way of communication. The biggest difference, however, is that your customers don’t have to wait around until their issue gets solved – they’ll just get the answer right in their pockets and can start the conversation again whenever they like.

That also means that there usually isn’t just one support rep that’s dealing with the issue from start to finish. That’s not necessary in messenger support, the different service rep will be able to see the previous chat history, so she’ll not have to ask questions over again that have already been discussed. Quite efficient. But when it comes to style, inconsistencies will be more visible. That’s why ensuring a consistent style across your support team is so relevant when you offer messenger support.

The best way to instill a consistent style into your team is setting up your own internal style guide. That’s the place where you answer specific questions like, how to address your customers (formally or informally), as well as more general grammar and syntax questions, for example, if the words following a colon get capitalized or not. Have a look at The Economist’s style guide for inspiration.

What are your best practices for messenger support? I’d love to hear about it, hit me up on Twitter. 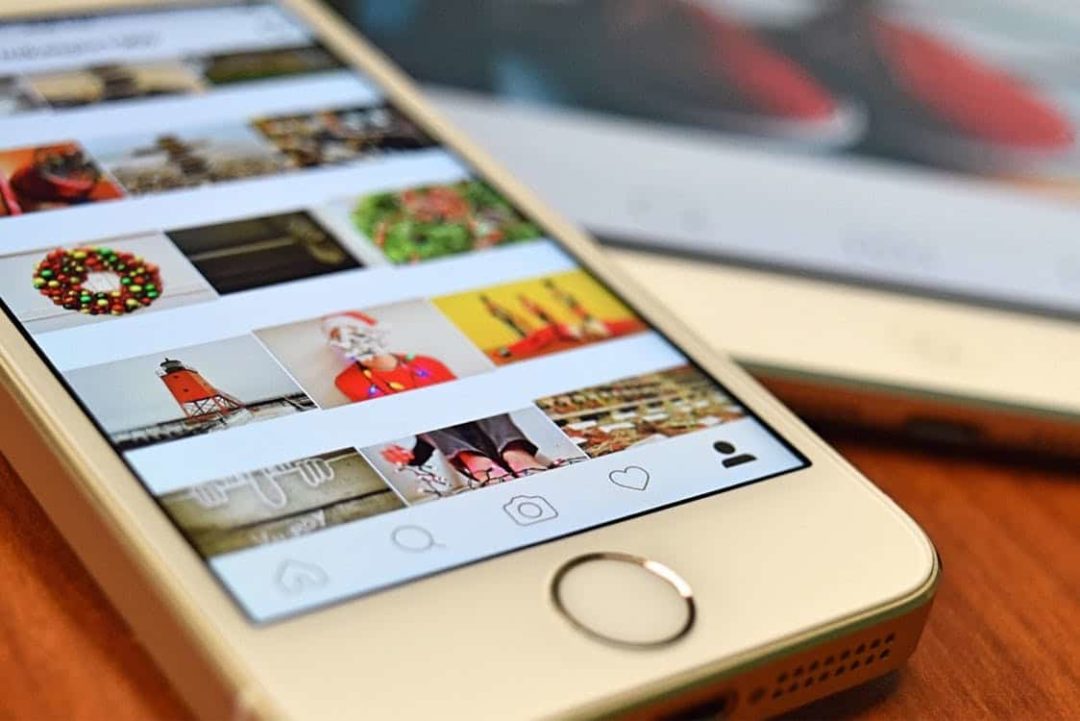 With the advent of social media channels, the impact of visual content has increased in popularity in the past decade. […]

Tamina Steil works for the marketing department at Userlike, live chat software for website and messenger support. Tamina and her team regularly share tips on customer communication and service on the Userlike blog.