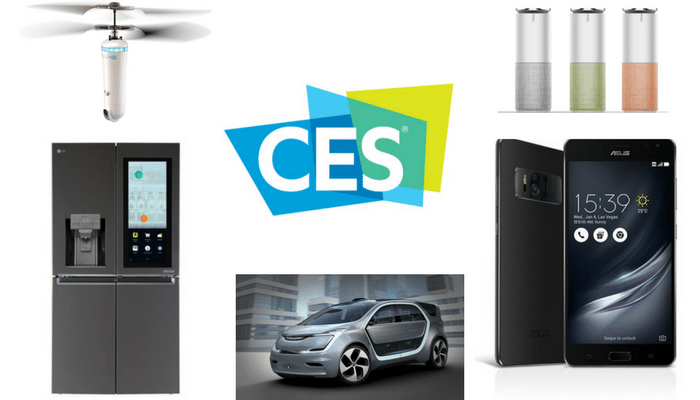 CES 2017 Gadgets that Brands Can Use for Marketing

The 50th edition of the Consumer Electronics Show has left a lot of people expecting for the exhibited products to be launched officially. Among them, social media and marketing experts saw CES 2017 gadgets as an opportunity to take their strategies to the next level. The trade show taking place in Las Vegas offered a peek into the future as it covered many emerging technologies, from voice AI and face-recognition to innovative mobile devices and deep personalization.

In this post, we’re first going to take a look at some of the most intriguing CES 2017 gadgets. Next, we’ll analyze the role each of them could play in marketing and social media to shorten the distance between brands and consumers.

Lenovo Smart Assistant Is an Affordable Alternative to Amazon Echo

Lenovo has made a name for itself as a manufacturer of laptops and smartphones. Getting into smart home devices definitely seemed like a surprising decision. Lenovo Smart Assistant is, simply put, an Amazon Echo clone, seeing as how both devices use Alexa as their interface.

So what sets them apart, anyway? For starters, the Smart Assistant is more affordable, as it starts from $129 (as opposed to the $180 that Amazon asks for full-fledged Echo). Bear in mind that the Echo Dot costs $49, but needs to be connected to an external speaker for better sound quality. On top of that, Lenovo’s product comes in several different colors, whereas the Echo is only available in black and white. The basic version is also louder than the Echo. Furthermore, the $180 Smart Assistant, which packs a Harman Kardon speaker, also brings sound quality into the equation.

When it comes to Alexa’s social networking skills, there aren’t that many options, so your company could always develop one to fill the empty space.

Roam-E Drone Takes Selfies from Up Above

If one of your company’s New Year resolutions is to make outstanding visual marketing campaigns, then this selfie-taking drone can definitely help. Roam-E relies on facial recognition software to keep track of the person it captures.

Photos taken at product launches or any other type of event would surely look different, not to mention that they could drive more engagement. Check out the Instagram features launched in 2016 and decide for which ones selfies taken with a drone would make sense.

In the not so distant future, such drones could sit in front of restaurants or high-street shops and predict your order. Face recognition technology would be used to identify your social media profiles and extract any relevant data.

Chrysler Portal Is THE Car for Millennials

Before pointing to the title in dismay, we’ll admit that the Chrysler Portal is not a gadget, but a vehicle. If you will, it’s a collection of gadgets on wheels. We’re still in the selfie department, as this is what makes Millennials tick. If your target happens to consist mostly of them, then this concept car might catch your eye.

Chrysler Portal is an all-electric car with a very futuristic design, as you can see in the above video. However, that is not why we’ve decided to include it on this list. The six cameras (one for each passenger) can take selfies while on the go and send them to each passenger’s smartphone or tablet. You’d think that Chrysler would skip the driver, but that’s not the case since the Portal has limited self-driving capabilities.

Chrysler Portal, the #EV for #Millennials, takes #selfies of each passenger.

Imagine how your company’s next team building or road trip would look like with selfies taken – possibly at random – while inside the vehicle! Posting such photos on Instagram, Facebook, Twitter or Pinterest could definitely make the brand feel more down to Earth.

Asus Zenfone AR Has the Best of Alternative Reality

Virtual reality was all the rave at last year’s CES. In 2017, it seems that the focus has shifted to integrating this technology into more complex wearables and mobile devices. Asus Zenfone AR stood out at CES 2017 as the first smartphone to combine both VR and AR. While the virtual side of things is handled by Google’s Daydream, the AR is possible thanks to Google’s Tango technology. That and the three rear cameras – a motion tracking, depth sensing, and high-resolution 23MP camera.

We’ve talked at length about how VR could be used in customer service and how it could bring a change of scenery to social media. When combined with AR to obtain an immersive alternative reality, the number of opportunities for marketers and social media specialists increases exponentially.

Home appliances and social media are rarely seen in the same sentence. LG couldn’t find a reason not to combine these two, and showcased the Smart Instaview refrigerator at CES 2017. The smart fridge relies on Amazon Fresh to help people order groceries right from the appliance’s touch-enabled display. But instead of opening the door to find out what’s missing, now you’d only have to knock twice on the screen. That enables the panoramic camera and gives the impression of a transparent window. Amazon Music and the Alexa virtual assistant complete the picture, but the smart things don’t stop here.

LG’s smart fridge can even run browsers and social media apps, thus opening a new way to consume updates posted by brands. Next time you’re segmenting your market based on devices, feel free to consider “smart home devices” or even “fridges” as an option.

The 8K TVs and monitors that dominated this year’s CES were not the only indicator of how much brands should focus on visual content. Photos and videos, in the form of selfies or product images taken by drones or shot with professional equipment, make great content for visual marketing campaigns in many an industry.

As various technologies advance, so will social media. Not only because the content is captured in different ways and in different environments, but also because it will be consumed differently.

Which other CES 2017 gadgets would you say had a great impact on the way consumers interact with brands? Feel free to share your thoughts in the comments section below. 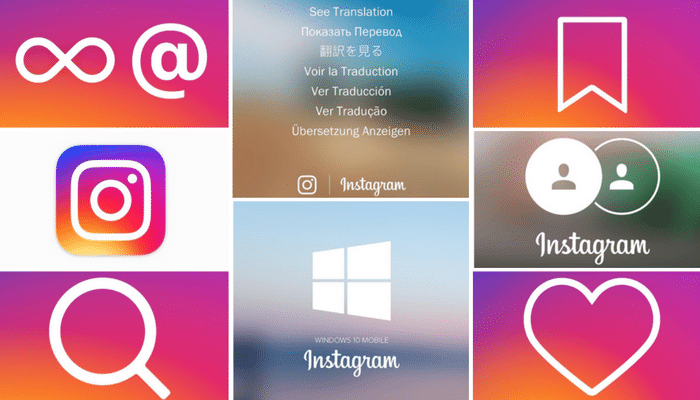 For Instagram, 2016 was quite a busy year that brought not only a revamped user interface but also a lot […]